Oil on canvas in three panels 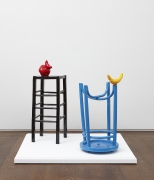 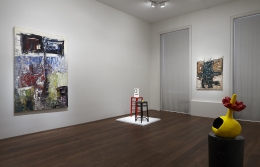 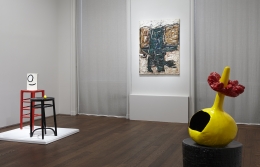 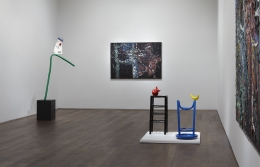 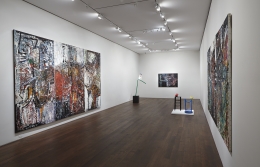 New York, NY - Acquavella Galleries is pleased to present Riopelle / Miró: Color, an exhibition of painted bronze sculptures by Joan Miró and oil paintings by Jean Paul Riopelle, on view from October 1 to December 11, 2015. The exhibition highlights how the artists’ lives and works intersected through professional relationships, overlapping literary and artistic groups, personal experiences, and intellectual inquiry. Riopelle and Miró worked with the same dealers on both sides of the Atlantic, traveled in the same circles, and even shared a studio in the South of France. Their ideas and approaches to art differed considerably, but as contemporaries, colleagues and friends, it is compelling to view their work side by side in conversation.

This exhibition focuses on work from the 1960s. Riopelle’s exuberant, impastoed canvases, including two large-scale triptychs, are shown alongside four whimsical and vividly painted bronzes by Miró. All of Miró’s sculptures in this exhibition were cast at the Clementi foundry outside Paris, which was partly owned by Riopelle at that time. While Riopelle and Miró never formally collaborated, there is a discernible visual link between their art that resonates across media and decades. Riopelle / Miró: Color offers a chance to reevaluate interpretations of the periods and styles in which the artist’s lived and worked, and demonstrates both artists’ infinite inventiveness.

“We are delighted to present the first exhibition showing work by Jean Paul Riopelle and painted bronzes by Joan Miró,” said Acquavella Galleries Director Esperanza Sobrino. “Though they were a generation apart, the artists were friends for many years, and their expressive use of luminous color creates an unusual and interesting dialogue.”

Riopelle, a Canadian émigré, pioneered a style of painting in which vibrant swaths of colors were applied to the canvas with demonstrative strokes from a palette knife or directly from paint tubes. The resulting compositions were highly texturedwith a range of gloss that resulted in mosaic-like surfaces. Artist Pierre de Ligny Boudreau described the artist as one who “delves into nature’s seasons and from this feast of color draws a clear, dazzling sensation [into his work].”

It was not until the mid 1960s when sculpture played a major role in Miró’s oeuvre. Over the decade he would create nineteen glossily painted bronzes sculptures. Miró combined found objects in unexpected ways, creating assemblages of rustic and everyday elements collected from around his studio or during walks along the beach. The artist used factorygrade, full gloss paint in striking primary hues to set apart disparate objects and parts of objects. He dubbed these creations his phantasmagoric ‘monsters’ and went as far as to leave instructions for the sculptures to be repainted their original brilliant hues after the his death, ensuring that they remain insusceptible to the passage of time.

Jean Paul Riopelle  (1923-2002) was born in Quebec, Canada. He moved to Paris in 1947 and was the only Canadian to associate with the surrealists. The artist represented Canada at the Venice Biennale in 1954 and 1962. Retrospectives of Riopelle’s work have been held at the Kolnischer Kunstberein (Cologne, Germany); National Gallery of Canada, Ottawa, Canada; Musée National des Beaux-Arts du Quebec, Quebec City, Canada; Fondation Maeght, Saint Paul-de-Vence, France; and the Musee d’Art Moderne de la Ville de Paris. 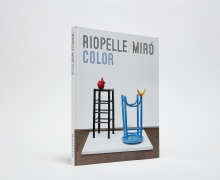 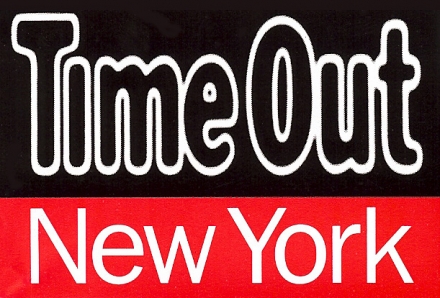 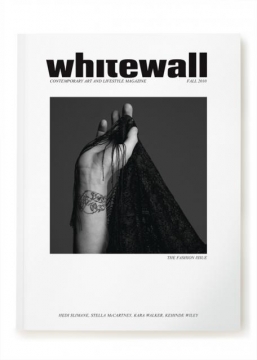 New York City galleries fill up with furniture. This time it’s not the seating, it’s the show

This fall, a crop of artist-made chairs, tables, sofas, and ceramics has found its way into the New York City gallery circuit, prompting us to reassess the once-utilitarian forms. 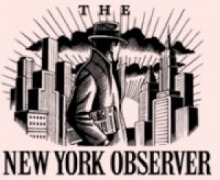 The Observer
8 Things to Do in New York’s Art World Before October 1 September 28, 2015
View More