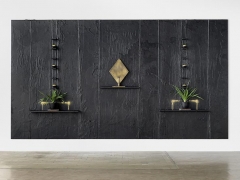 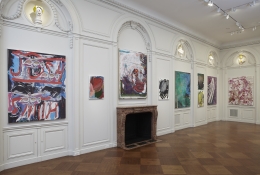 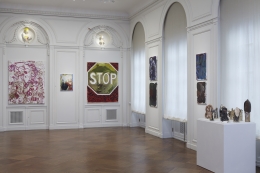 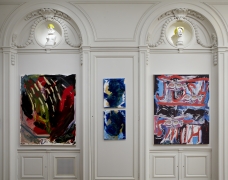 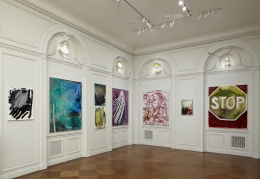 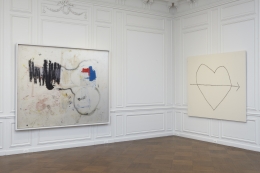 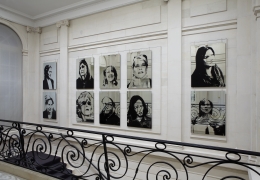 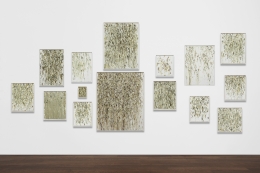 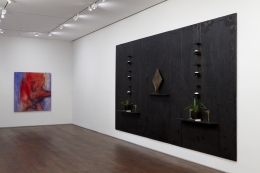 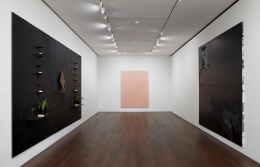 The exhibition applies the notion of the ‘white collar crime’ as a vehicle through which to analyze the cerebral works on view. White-collar crimes are concealed, silent crimes veiled by wealth, higher education and social status that eventually emerge as vivid public scandal. Similarly, upon first glance, the abstract works communicate on a surface level however, after closer observation themes such as identity, historical erosion, commercialization and political satire emerge from densely layered visual codes. “White Collar Crimes proposes an interplay between obscure ciphers and spectacular discoveries,” explained Schnabel.

Acknowledging that Acquavella Galleries would strike many as an unexpected venue for an exhibition of emerging artists Eleanor Acquavella Dejoux said, “By presenting these artists here Vito Schnabel is putting the work into a new context. We respect Vito tremendously as a curator, dealer and as a friend – all of his projects are thought provoking and innovative, so we are really looking forward to collaborating on something completely original with him.”

White Collar Crimes will be accompanied by a fully illustrated catalogue with essays by curator Vito Schnabel, art critic David Rimanelli and Agnes Gund, President Emerita of The Museum of Modern Art. 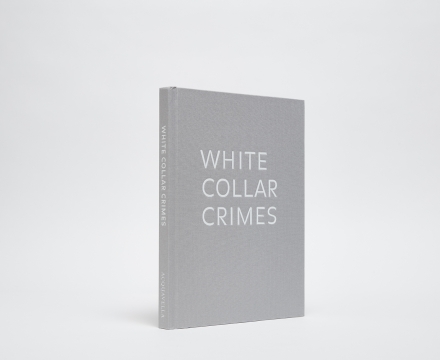 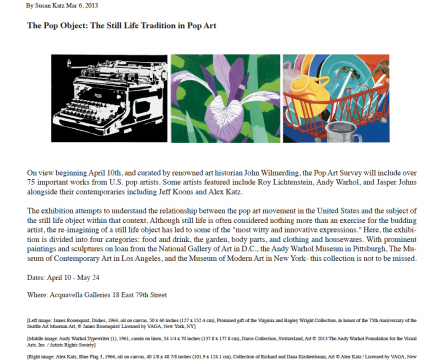 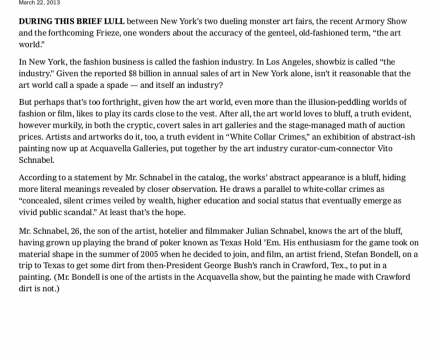 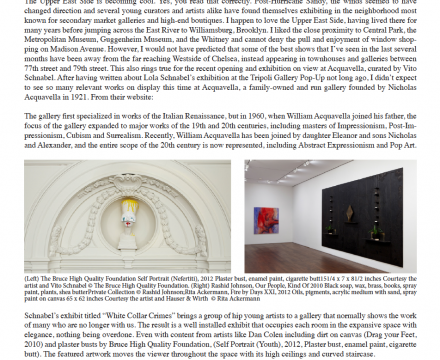 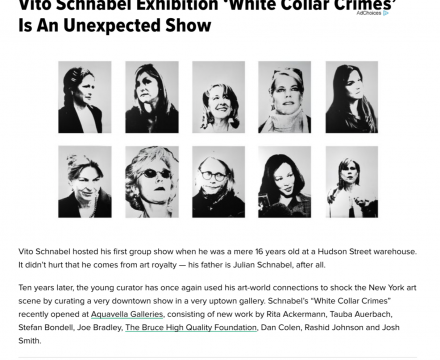 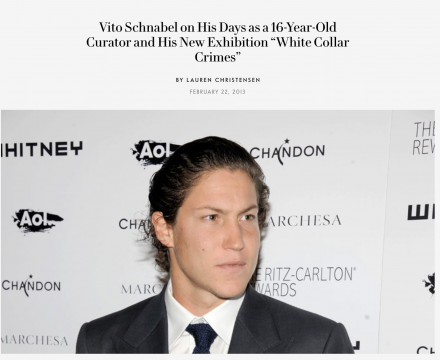