(New York, NY) Acquavella Galleries is pleased to present Miquel Barceló, an exhibition of recent works by the acclaimed Spanish artist, on view from October 9 to November 22, 2013. The artist’s first solo exhibition in the United States in nearly a decade, it will feature two distinct series: white textural paintings, and dark portraits painted with bleach, chalk, and charcoal.

Barceló’s work is reflective of a lifetime of extensive travels in Europe and West Africa. The first group – a series of twenty-two white, tactile paintings – references the coastal terrain of Barceló’s native Majorca. Applying meticulous layers of mixed media, Barceló’s creates heavily impastoed canvases. Nature is a recurring subject in the artist’s work, and he describes the new paintings as “seascapes that correspond to my previous series of white desert landscapes.”

Barceló uses bleach, chalk, and charcoal on canvases of dark linen, cotton and velvet in a second series of paintings depicting distorted portraits of the artist’s family and friends. These ghostly images evoke spectrographs of the late nineteenth century, in which spiritualists hoped to document paranormal phenomena by using new technology that revealed what was invisible to
the naked eye.

One of the most celebrated artists in Europe, Barceló’s work has been regularly commissioned for notable public spaces including Gran Elefandret, installed in New York’s Union Square in 2011, a ceramic panorama for the chapel of St. Pere in the Cathedral of Palma, and Room XX in The United Nations Headquarters in Geneva in 2008, in which the artist covered the immense domed ceiling with stalactites made from 35 tons of paint. A solo exhibition of the artist’s ceramics is currently on view at the Museé d’Art Moderne de Céret, France, with upcoming solo exhibitions at Museo de Azulejo in Lisbon and at the Museu de Arte Moderna in Rio de Janeiro.

The exhibition will be accompanied by a fully illustrated catalogue with essays by art historian Dore Ashton and award winning novelist Colm Toíbín.

Miquel Barceló (b. 1957) was born in Felanitx, Majorca and divides his time between Majorca, Paris, and Mali. The youngest artist to ever show at the Musée du Louvre, Barceló represented Spain at the 53rd Venice Biennale and drew wide acclaim for his participation in Documenta VII in Kassel, Germany. He has had retrospectives at renowned institutions, including Centre Pompidou, Paris; Museo Nacional Centro de Arte Reina Sofia, Madrid; Museo Rufino Tamayo, Mexico; and the Guggenheim Bilbao, Spain, and is included in many esteemed public and private collections worldwide. 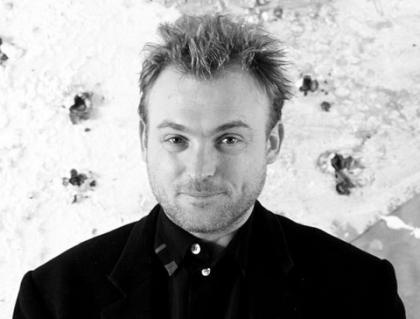 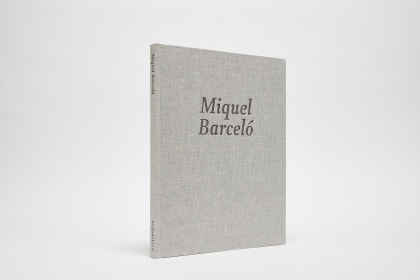 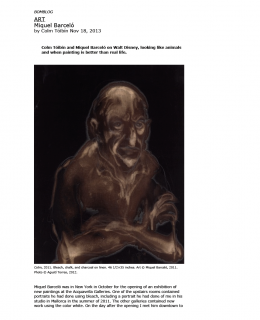 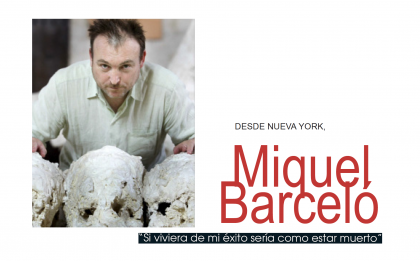 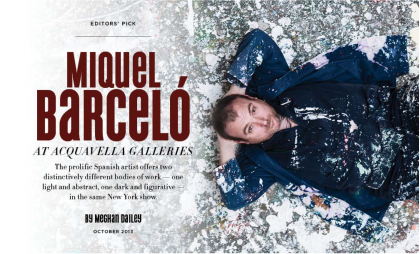 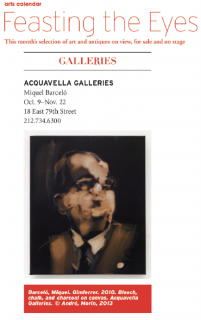