An English painter born in Dublin, Francis Bacon went to London in 1925 to pursue a career as an artist. He had no formal art training, but became the talk of the London art world by the time he was thirty-five.

Bacon was a figure painter. In his mature style, developed in the 1950's, the paintings include images of either friends or lovers, or images of people found in movie stills, reproductions of historic paintings and medical photos. His people scream in physical and psychic pain, seemingly tortured in bedrooms, bathrooms and cages. His work was always expressionist in style with distorted human and animal forms, potent images of corrupt and disgusting humanity.

Bacon's work is dramatic and melodramatic, but always riveting. The light is raking; there is no escape and no place to hide. 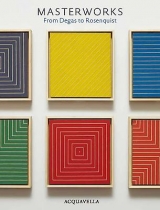